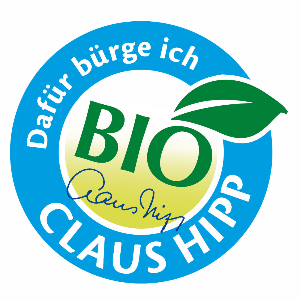 Transcription:
Benjamin is hungry. On the menu today, carrots with organic beef. A growing baby needs healthy food and parents have clear ideas what that means. It's important to me that it's organic because there are fewer toxins. Their little bodies cannot handle the toxins like we can.

HIPP is Germany's leading producer of baby food employing two and a half thousand people worldwide but it's a competitive market. Drug stores and organic food chains often have quality products at cheaper prices. What they don't have is the HIPP organic seal that something Claus Hipp introduced himself.

Being organic is something we believe in. We started 50 years ago with the conviction that we'd have a purer product if all those things that we didn't want to have in there weren't used during cultivation. Claus Hipp has run the Bavarian based company for over 40 years.
Okay, good. It's a family owned business with several generations taking an active role. I never raised my voice when I have to criticize somebody. I deliberate first. That has to be a natural reflex. Control and criticism go together. It's always about the way you do it. I'll keep treating others the way I want to be treated.

Claus Hipp took over the business from his parents at the age of 29. His grandfather was a baker. It all began with making crisp bread for his own children. Youngsters who became part of the company image. The child with outstretched arms that's a cousin of mine. She is now over 90.

That's my middle sister and that's my older sister. That's the son of our former distribution manager, and on the back of the jar is a picture of my younger sister. 60 years ago Hipp was already putting its baby food in glass jars. Back then it was spinach with liver.

Now carrots are the veg of choice. The ranch is updated every five years. Generations of Hipp's grew up on his farm in Bavaria. Claus Hipp has lived here his whole life. These days most work at the company is done by his daughter and son-in-law. It's a modest property with 30 cars and a few horses, but it's part of the family identity. We've been a family business for many generations.

Family is important to us. Without the family, we wouldn't have the same motivation to work. I'm just a link in a chain of many generations. No single person can carry the business but when it's our time to take responsibility, we do things right.

The 74-year-old won't say how long he'll hold that responsibility but they'll be a Hipp to take his place.
That much is certain.

Check out our HiPP Products